Now known as the Fairland Church Centre, the United Reformed Church in Wymondham stands opposite the Fairland. It was established in 1652 and John Money, Puritan Minister at Wymondham Abbey, became its leader. The Independent Chapel on the Fairland was built by Roger Gay and stood with a forge and cottages in two acres of land. Land at Suton and Wilby was also endowed and contributed to church finances over the years. In 1815 a growing congregation necessitated an enlargement of the chapel and in 1876 the building was improved again with new heating and the gallery. In 1887 a new organ was built and in 1891 the Sunday School rooms and the vestry were added. Then the building remained virtually unchanged for the next hundred years. 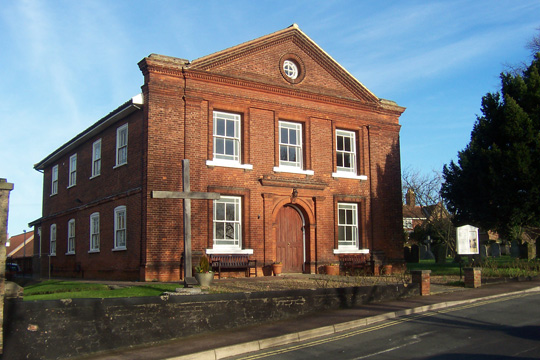 To celebrate the 350th Church Anniversary in 2002 a development project was completed. The Fairland Hall was redecorated and refurbished with full disabled facilities . The Fairland Church was extensively renovated and adapted to make it more welcoming and user-friendly for Sunday services and for community use. The name was changed to the Fairland Church Centre. The pulpit and pews have gone and a new kitchen and disabled toilets installed. However the traditional atmosphere of peace and tranquillity has been maintained and enhanced.

We believe that the Fairland United Reformed Church exists to worship God by sharing our faith in Jesus Christ as Lord. This we will do by living out our faith as individuals and as a community and caring for our neighbours.